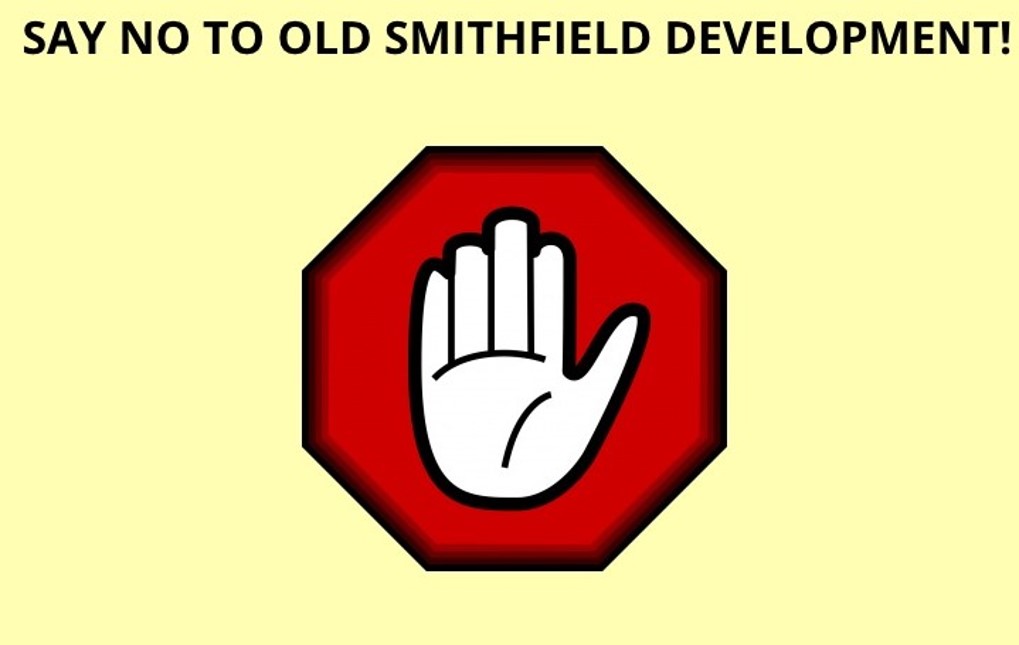 The Chamber attended the Secretary of State’s inquiry into the decision by the Shropshire council planning department to approve the erection of five shops on the Old Smithfield car park. Specialists were employed.

Anyone wishing to make a donation to the Chamber’s legal costs in fighting to Save Old Smithfield car park can do so:
At any shop displaying the SOS posters
By sending a cheque to Bridgnorth Chamber of Commerce, c/o Central Power, Market House, Listley Street, Bridgnorth WV16 4AW
By Bank payment – LLoyds Bank, Sort code 30-91-19 Account code 00028037.

The Chamber were originally offered an amount of money possibly up to £100,000 by Ziran to help finance the Park and Ride IF we agreed to support their development on the Old Smithfield.
However this would only fund the service for a specific amount of time, after which the town would be left with a permanent lack of parking in the town centre. It therefore made no commercial sense to accept what many might consider to be a bribe, and the Chamber refused the ‘deal’.
Shropshire Council Planning subsequently accepted the money and supported the development. The Chamber objected to the Secretary of State who nullified the decision made by Shropshire Council, and instructed them they could not make any further decision with regard to the land in question, but that a Public Inquiry would take place and the application would then be decided by his Government department.
The Public Inquiry into this was held in November, where Shropshire Council, concerned at the situation, decided to spend taxpayers money on hiring a barrister to try to defend its position, together with three expert witnesses. The developer also hired a barrister and two expert witnesses. The Chamber of Commerce made the decision to become a rule 6 party so that it could put the legal arguments against the development, and hired a barrister and retail impact assessment expert to present the case for refusal.
Anyone is entitled to apply to be a rule 6 party at a Public Inquiry, and contrary to misinformation being spread by someone elsewhere, no costs can be awarded against someone who does this, regardless of the outcome, as long as they abide by the instructions of the Inspector and do not deliberately act unreasonably in order to cause other parties to incur additional costs.
During the Inquiry it was discovered that whilst Shropshire Council had initially refused to accept the developer’s proposal to put additional parking spaces behind the retail units next to the loading bays, as it was considered dangerous, they had subsequently agreed to this on the understanding that they would not be responsible for them!!! The Inspector insisted on seeing detailed proposals for how this would work, and how pedestrians would access these spaces, and will consider whether this is acceptable. The Chamber argued that cars using the same entrance as the delivery lorries to access these spaces, and people having to then walk along the edge of the area where the lorries turn round with only a white line on the ground to separate the two was dangerous and unprecedented in terms of health and safety. I believe we will win this argument, particularly as Shropshire Council have decided to distance themselves from it.
It was also discovered that Shropshire Council had not considered how the coach spaces on Innage Lane, currently used by the school buses, would be turned into car parking spaces for weekends but reserved for buses during school days, and had not consulted the Endowed or St Leonard’s schools on this proposal. Again the Inspector insisted on seeing detailed proposals for how this would work and will consider whether this is acceptable. Again I believe we will win this argument, as it was pointed out it would only take one car to misunderstand and park in the middle of the coach bays on a school day to cause chaos and danger to children.
The Inspector is due to present her report to the Secretary of State in February 2018 for his consideration, and he will then make the decision as to whether to allow or refuse the planning application. We do not yet know when that decision will be made.
Anyone wishing to make a donation to the Chamber’s legal costs in fighting to Save Old Smithfield car park can do so in town at any shop displaying the SOS posters or by sending a cheque to Bridgnorth Chamber of Commerce, c/o Central Power, Market House, Listley St, Bridgnorth WV16 4AW or by Bank payment – LLoyds Bank, Sort code 30-91-19 Account code 00028037